Places to Stay Self Catering

Nine self-catering luxury cottages and a farm house on a working fruit farm, overlooking the Ceres valley and situated at the foot of the magnificent Skurweberg mountain range. 9km’s outside Ceres and only 500 m off a tarred road. Fully… 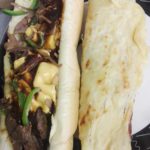 Distances from other Towns

Ceres Fruit Growers is one of South Africa’s largest apple and pear packing and storage facilities and is a significant employer of choice in the valley. Since 1923 we have come to work to add value to our grower shareholders, improve the lives of our people, and work in harmony with our environment.

Verdun Estates is in character and tradition a family business.  The farm was acquired by Izak and Bertha Wolfaardt in 1918, it is one of the oldest farms in Prince Alfred’s Hamlet.  Started as a mixed farming venture as was the norm in this region, it has turned it’s focus to Stone Fruit, and specifically Nectarines, since the 1980’s.  It is noteworthy that the first Wolfaardt Nectarines graced the markets of the UK in as early as 1924.  Over the years the tradition of complete family involvement was honoured, firstly by Piet Wolfaardt (2nd generation) and his wife Irene. Adrian Wolfaardt (3nd  generation) and his wife Lesley have recently retired from active farming, but still serve as Directors of the Company.

Why choose Pam Golding Properties? Founded in 1976, we’re Southern Africa’s largest independent real estate company with a global network of over 300 offices. Our aim is to help you easily find a home that you can fall in love with. Find out more about services we offer that are sure to make your property search simpler